Fukuoka Airport (FUK) connects Fukuoka City with destinations in Japan and overseas; the route to Tokyo’s Haneda airport is one of the world’s busiest. Fukuoka Airport is unusual in that it’s still within the city and not on an offshore island like many Japanese air hubs. As a gateway to Kyushu Island in southern Japan, Fukuoka Airport is a vital piece of infrastructure for the region and the country. 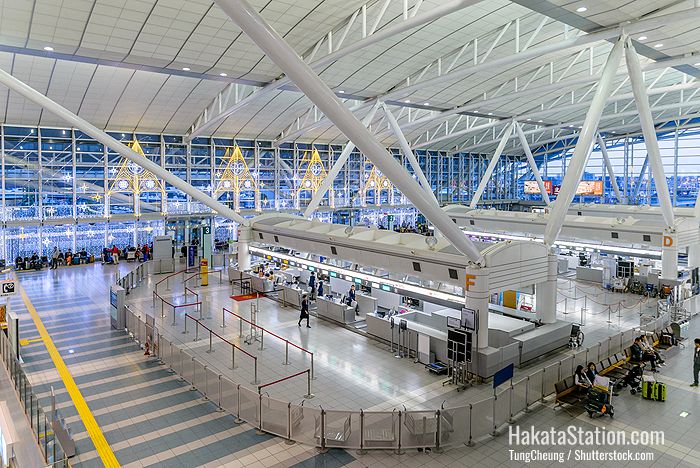 Fukuoka Airport is the fourth busiest passenger airport in Japan

Getting to and from Fukuoka Airport is very easy due to its proximity to downtown. The airport is located in Hakata Ward and is only 2.6 km east of Hakata Station, the biggest train hub in Kyushu, and 4.6 km east of the downtown Tenjin district.

You’ll find information counters in both the domestic and international terminals of Fukuoka Airport. 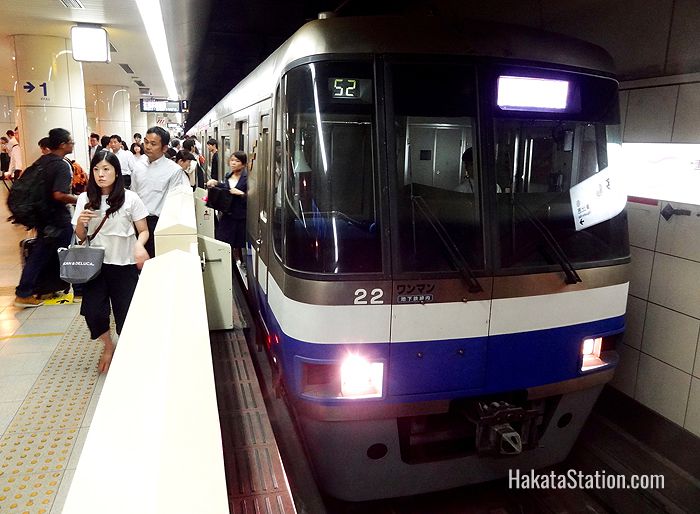 From Hakata Station, buses depart from No. 11 bus stop on the first floor of the Hakata Bus Terminal (located on the west or Hakata side of the train station). Buses are marked “A” and they take about 18 minutes to get to the terminal (260 yen). 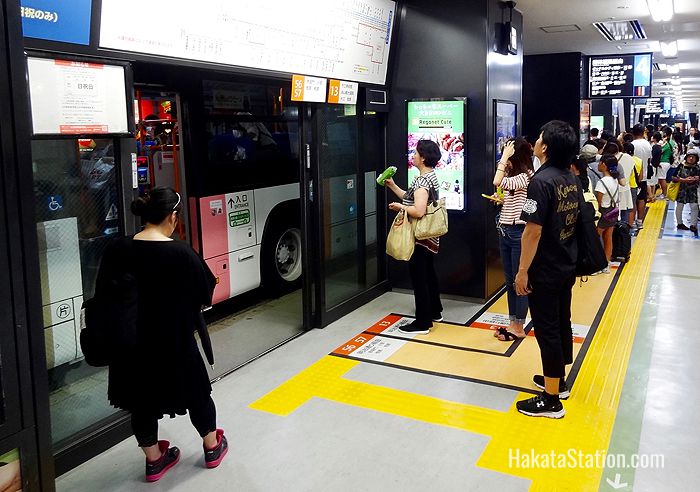 From Tenjin, buses depart from bus stop 7A in front of the Tenjin Core shopping mall, which is immediately south of the Tenjin intersection. Buses are marked “A” and they take about 33 minutes to get to the terminal (310 yen).

Once you’re at the International Terminal, there’s a free shuttle bus going to the Domestic Terminal (housing Terminal 2 and Terminal 3).

Taxis in Japan are safe and clean and provide courteous service, though drivers often struggle to communicate in English (if “airport” doesn’t register, say “kuuko”). It’s easy to hail a cab in Fukuoka – just raise your arm with your hand out and flat. 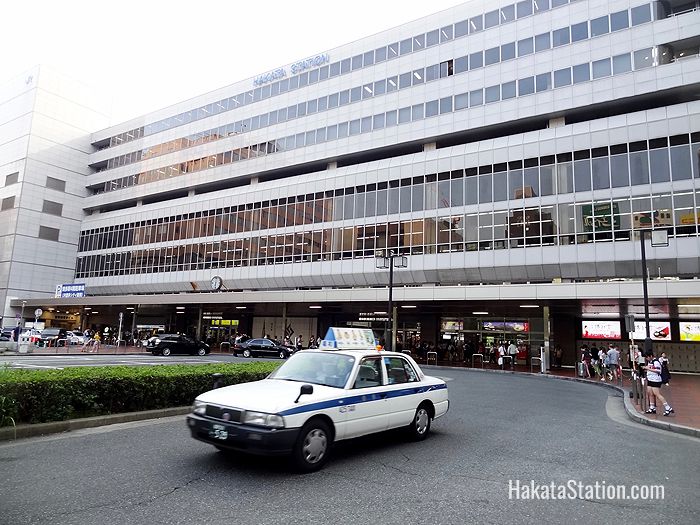 A taxi leaves the Chikushi or east side of Hakata Station