The Kagoshima Main Line is a major railway connecting the northern and southern parts of Kyushu Island in southern Japan. Operated by the Kyushu Railway Company (JR Kyushu), the line mainly follows the west coast of Kyushu. It connects Mojiko Station in the north with Kagoshima Station in the south, passing through cities such as Fukuoka (Hakata Station) and Kumamoto. 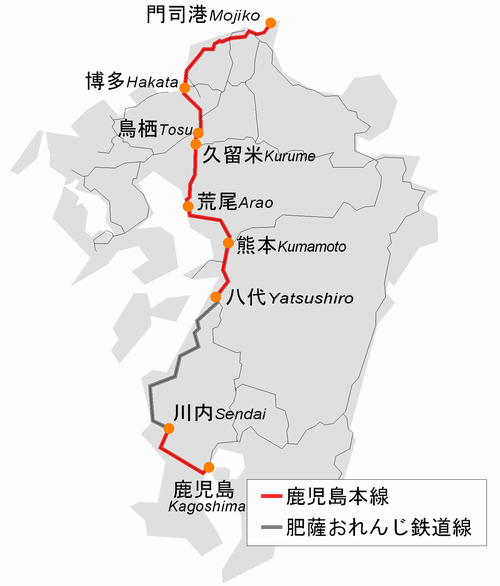 The Kagoshima Main Line is not continuous. Following the construction of the Kyushu Shinkansen bullet train line, the 117-km section between Yatsushiro in Kumamoto Prefecture and Sendai in Kagoshima Prefecture was taken over by the Hisatsu Orange Railway and requires a separate ticket. If you’re traveling from Fukuoka to Kagoshima, the Kagoshima Main Line would involve multiple transfers and the better part of a day in travel time, so your best bet is the Kyushu Shinkansen. 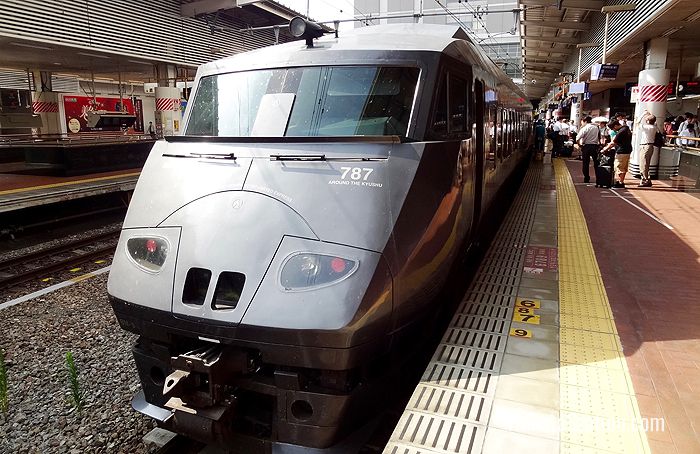 A 787 Limited Express train, which is used in Ariake services, stops at Hakata Station

Limited express trains running on the Kagoshima Main Line include the Ariake. Named after the Ariake Sea, the service runs between Hakata and Nagasu Station in Kumamoto Prefecture. It does not travel as far as Kumamoto Station. 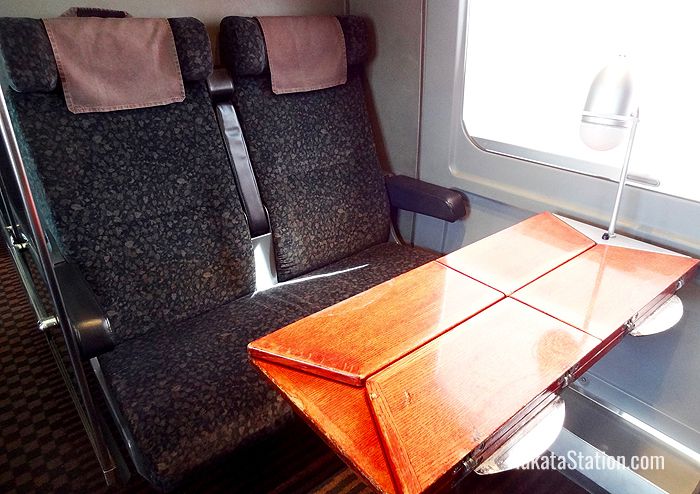 A semi-private compartment on the 787 Limited Express train, which is used in Ariake services

Kokura Station lies at the heart of Kitakyushu City, a major port on the Kanmon Straits separating Kyushu and Honshu islands. The city in Fukuoka Prefecture was once a castle town in the samurai era as well as one of the potential targets during the U.S. atomic bombing of Japan in World War II. Today, it’s an industrial hub and a base for such manufacturers as Toyota Motor, Yaskawa Electric and Nippon Steel & Sumitomo Metal. Kokura Station is the second-to-last stop before Hakata on the Sanyo Shinkansen bullet train from Shin-Osaka. The port of Mojiko, the northern terminus of the Kagoshima Main Line, is a few stops past Kokura.

Kumamoto City, population 740,000, is famous for its cute bear mascot Kumamon, which reportedly earned the city a total of 123 billion yen in revenue in 2012 and 2013. Kumamoto is also known for Kumamoto Castle, a reconstructed samurai fortress with several authentic 17th-century structures. 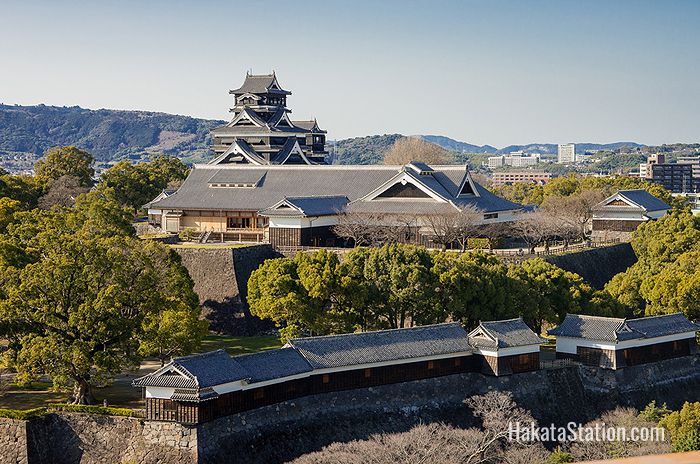 Other attractions include the Suizen-ji Joju-en Garden and the former residences of writers Natsume Soseki and Lafcadio Hearn. Note that traveling to Kumamoto from Hakata Station on the Kagoshima Main Line requires a change of trains at Omuta Station.

Kagoshima City, population 600,000, is the capital of Kagoshima Prefecture on the southern end of Kyushu Island. A bayside city, Kagoshima is sometimes compared to its sister city Naples in Italy, and it has ferries serving islands in the Ryukyu Archipelago including Yakushima and Okinawa. It’s famous as the birthplace of the heroic “last samurai” Saigo Takamori as well as the active volcano Sakurajima, the Senganen gardens and its kurobuta (black pork) and kuroushi (black beef) cuisine. Kagoshima and the surrounding region are home to numerous onsen hot springs.

Note that the Kyushu Shinkansen bullet train only goes to Kagoshima-Chuo, which is the second-to-last stop on the Kagoshima Main Line. The terminus is Kagoshima Station.