Fukuoka City has a small but handy subway system. For travelers, the most useful of the three lines is the Kuko Line, which goes to Fukuoka Airport and the Tenjin downtown area. 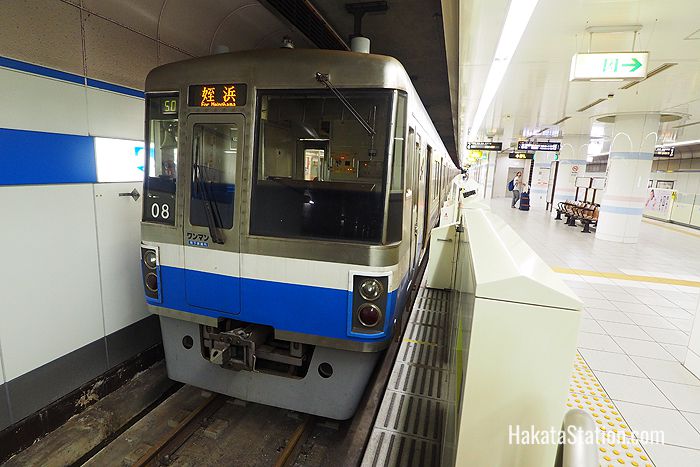 Hakata Station, the main rail hub for the city, is on the Kuko Line and only two stops from the airport. The line also runs westward to Meinohama. 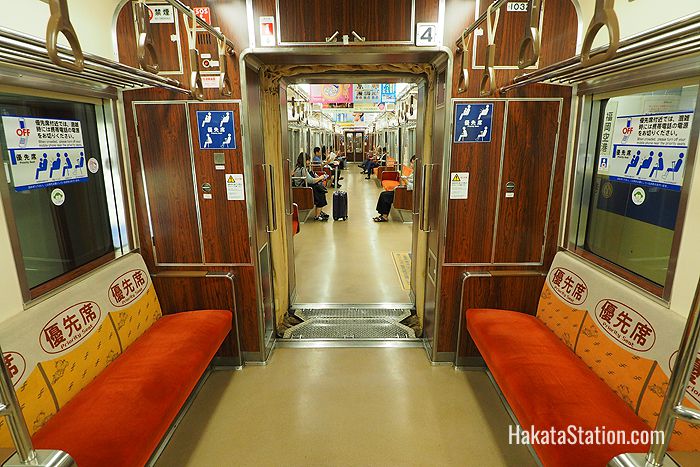 Inside a car on the Fukuoka subway’s Kuko Line 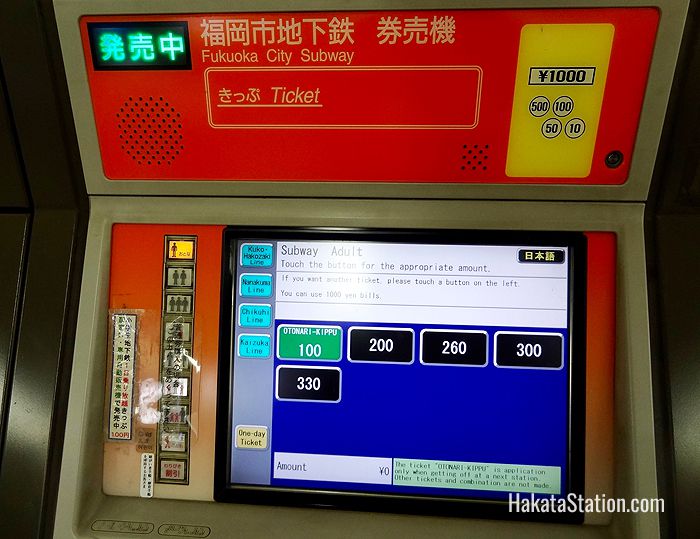 A ticket vending machine for the Fukuoka subway

Riding on the subway is very straightforward. Simply check the required fare on the fare chart next to the ticket vending machines, press “English” on the vending machine display, and buy the right paper ticket; you can also use local Hayakaken stored-value cards as well as Suica and Pasmo cards used in the Tokyo region. 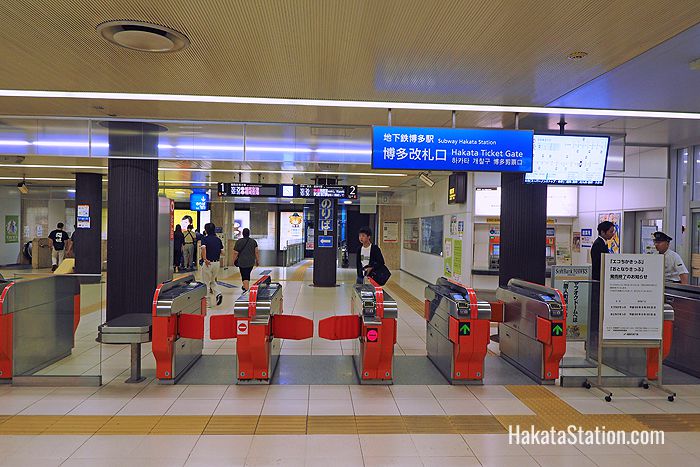 Ticket gates at Hakata on the Fukuoka subway

Fukuoka’s busy airport, which serves as a gateway to the whole Kyushu region of Japan, is conveniently located only a few kilometers from Hakata Station, which is two stops away on the subway.

Get off here for the Nakasu nightlife district, which takes up a large chunk of Nakasu Island in the Naka River. Nakasu has Kyushu’s busiest street and features over 3,000 restaurants, notably the headquarters of the Ichiran ramen chain. Across from the southeast side of Nakasu you’ll find Canal City, a massive shopping mall with over 200 stores and about 60 eateries.

Tenjin is one of Fukuoka City’s busiest downtown districts. It’s known for the Tenjin Chikagai underground shopping mall, a vast collection of some 150 shops spread out over 600 meters; there are also a number of above-ground malls including Tenjin Core. Other local attractions include ACROS Fukuoka, a must-see for architecture buffs with its terraced, forested façade, the 100-year-old Kihinkan Hall, and the Fukuoka Akarenga Cultural Center, an example of Victorian architecture in Japan that dates to 1909.

Tenjin Station is not to be confused with Nishitetsu Fukuoka (Tenjin) Station, part of a railway operated by Nishi-Nippon Railroad (Nishitetsu). The railway here, the Nishitetsu Tenjin Omuta Line, connects Fukuoka with Omuta, Fukuoka Prefecture. It can be used to reach Daizaifu (through a transfer at Nishitetsu Futsukaichi), home to the famous Tenmangu Shrine, as well as Yanagawa, renowned for its network of old-world canals.